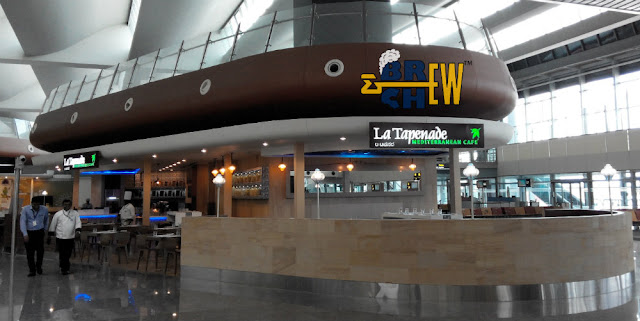 1. It is inside the airport, so you cant just enter this place
2. Purely Mediterranean so don't expect much of spice
3.Talk to the Friendly Chef 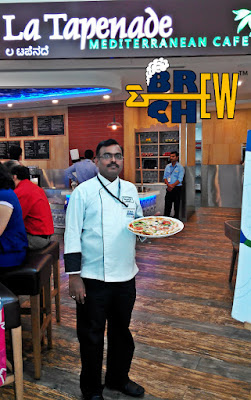 La Tapenade Mediterranean Cafe is a wonderful place to have a quick brunch when you are coming back or going to another country. I mean, you will surely feel a relaxed ambience with great music and some international delicacies will just satisfy your soul. The review group was quite small this time, however, as usual, I judge based on the quality and taste of the cuisines.  There was no compromise on quality, I mean the place really is hygienic and the food quality speaks for itself. Coming to the food taste, I would actually give them 70% delicious. I mean, some of the cuisines were not that great enough, however, I still love this place because of its amazing Pizza. Well! Yes, they make one of the best and delicious thin crust pizza ever.
First thing first let me exactly brief you about the dishes we had and its authentic taste

Hummus: Hummus is a food dip or spread made from cooked & mashed chickpeas blended with olive oil, tahini, garlic, lemon juice and salt. This was frankly made very authentic however it was cold. Eating cold hummus is like eating hot avocado, it just doesn't fit the bill. One thing chef should remember that hummus is eaten hot and not cold.

Greek Salad: Greek salad is made with pieces of tomatoes, sliced cucumbers, onion, feta cheese, and olives, seasoned with salt, oregano and dressed with olive oil. I don't have much to say but it was done beautifully.

Falafel: Falafel is a deep-fried patty made from fava beans or ground chickpeas. Actually, it's a Middle Eastern vada or kinda. It was done well, and I liked it. 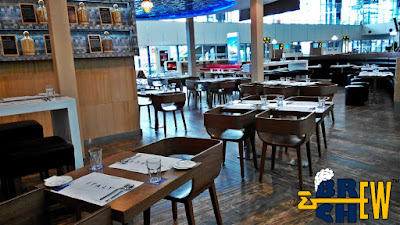 Oven fresh dough baked Pizza: The pizza is made with fresh ingredients and is cooked in a special oven imported from Italy. The thin crust was made then and there and was topped with cheese and other vegetables. The best part about this pizza is the taste, I mean it was very authentic and I think I can say that this is the best pizza you can ever get in Bangalore.

Pasta: Red and white sauce pasta both were served and it was delicious. As Indians, we expect spice which was lacking in this but if you are from another country, you would probably love to have pasta here. The juicy layered pizza was yummy and was done beautifully. 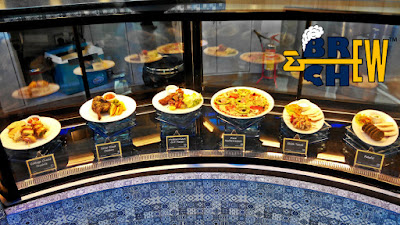 Shish Taouk: Shish taouk is a traditional marinated shish kebab of Middle Eastern cuisine. This cuisine is very famous in the Turkish regions. Shish taouk was very delicious and marinated well. The chicken was juicy and well flavoured from the outside as well as inside and the grill was very well done.

Harissa dip: Harissa is a Tunisian hot chilli pepper paste made for people who like little extra spice. The spicy dip went well with almost all the cuisines and it was done beautifully. The spice of chilli, garlic and pepper was giving an exotic blend of flavours and worked beautifully on your tongue.

Zatar roast chicken: Roast chicken marinated in Zatar spices was roasted well, I mean I just don't say nice about chicken if it's not cooked well. Zatar roast chicken lacked a little bit of salt which was a disappointment however the blend of flavours made me hog into the chicken. 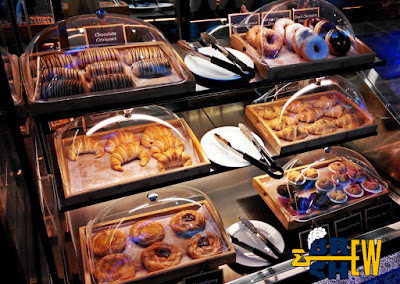 Tiramisu: Tiramisu is a popular coffee-flavoured Italian dessert. Well, this was one of the best they served. I mean the tiramisu I have had in other place didn't have much of detail as it's done here. I mean, the tiramisu was yummy and well done.

Blueberry Cheesecake: Dessert made out of Philadelphia cheese was also one of the best dishes I had here. The perfection was very much visible on my plate. 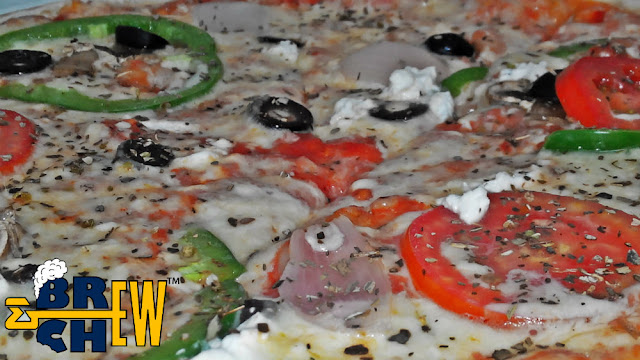 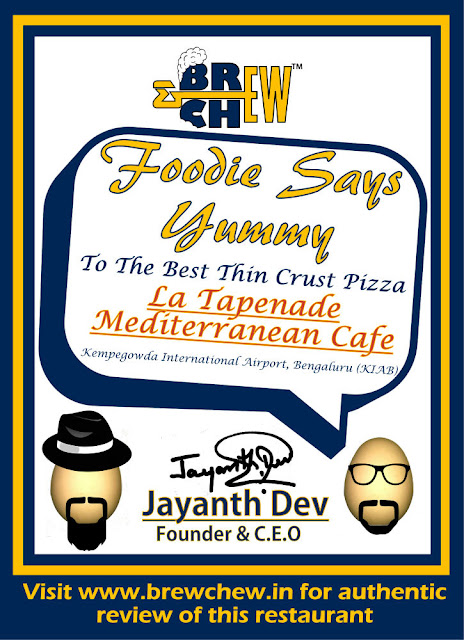 Jayanth Dev aka Guru Foodie is one of the famous food critic who believes in authenticity. The reviews here is written by Jayanth Dev itself and all the above reviews are genuine in nature. Jayanth Dev is also a DJ, Saxophonist, a blogger, webmaster, writer, photographer and many more. Contact Him 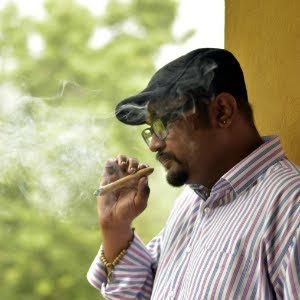 Sign up for our newsletter and stay connected to all our foodies. Get new restaurant review updates, recipes and much more.